The importance of standards in machining components

Standards often go unnoticed, yet there is hardly anything that is not standardised in some form or another. But what are the benefits of standards in the production of machined parts?In our everyday lives, we are all surrounded by standards. When we drive to work by car without an accident and successfully operate a machine or computer there, then we owe this to various standards, among other things. But what exactly is a standard and how are they developed?

In a general sense, a standard is a way of doing something that is predefined by experts. They define what may be expected of a product. Among other things, standards set conditions that must be met during production. Thus, standards make a valuable contribution to ensuring that the quality of products is as high as possible.

Why are there standards?

Standards are often used where a product is intended to be versatile and used by many people. Through standardisation, all market participants can be sure that a standardised product works for the intended purpose. For example, if you need a tripple-A-battery for a device, then all tripple-A-batteries will fit - regardless of the supplier. Therefore, standards bring several advantages at the same time:

How a standard is developed

Up to three years can pass before a standard is finally defined. Basically, the process begins with an application. After the application has been approved, all interested parties, such as manufacturers, consumers, research institutes or authorities, can participate in the process. Together, these experts then work out the final standard. Standards are therefore always created by consensus and are broadly supported.

Globalisation increases the need for standards

Standards emerged in the course of the industrial revolution and were initially mostly regionally valid. However, as international trade in goods increased and globalisation progressed, regional or national standards were no longer sufficient. In the course of the 20th century, continental organisations for standards (such as the CEN in Europe) were founded as well as the first global standards organization: the International Organization for Standardization (ISO). 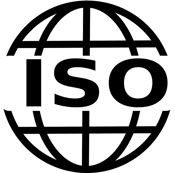 Among other things, the GPS expresses tolerances in technical drawings. This system is universally understandable - completely independent of the language spoken by the draughtsman or the technician who ultimately manufactures the product. The GPS therefore makes it possible for a product to be planned and drawn on one side of the world and then manufactured in a completely different place - without any errors or complications!

For further information about standards and a deeper look into machining, download now our «Guidelines for machining with copper based alloys». 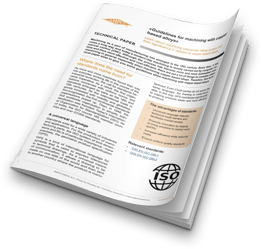