Metal forming – How do tubes get their shape?

Do you know the difference between a pipe and a tube? Or have you ever wondered how some of those very sharp angles of a tube are even possible? Our blogpost explains all you need to know about tube bending.

Tubes are very variable and come in many different variations. Sometimes they are long and thin, other times they are short and thick. And although they are most commonly round-shaped, there are also rectangular or square tubes. Unprocessed, they are straight as a die, but in order for tubes to be of effective use, they often have to be bent beforehand. «Bending a tube?», you may ask. Yes, that is possible. Here is how:

Difference between tubes and pipes

Let's first clarify the concept of the tube. This is a tricky one as the English language knows the two terms «tube» and «pipe». Again and again, the two terms are used synonymously. But this is not correct in technical language. Because a tube is not a pipe. Here is why:

Pipes are always round, there are no rectangular or square pipes. In contrast to tubes, pipes are pressure-resistant and thus intended for the transfer of liquids or gases. The two terms also differ in respect of dimensions. Pipes are only provided with an inside diameter and a schedule, which refers to the wall thickness. As pipes are used to transfer fluids and gas, the size of the outside diameter is not important for pipes.

Where are tubes used?

For a tube, on the other hand, the outside diameter is much more important, which is why it is much more common to indicate the outside diameter for a tube. Furthermore, the term «schedule» does not exist for tubes as the wall thickness is simply referred to as wall thickness. Unlike pipes, tubes are also available in rectangular or square versions – not all tubes are therefore round. While pipes are designed for transporting liquids and gases, tubes are mainly used for structural applications. Tubes also have much tighter tolerances on dimensions.

Tubes find application in a wide variety of industries. For instance, they serve as frame profiles in the automotive and aerospace industry. But these are just two examples. The following infographic gives you a much better overview. 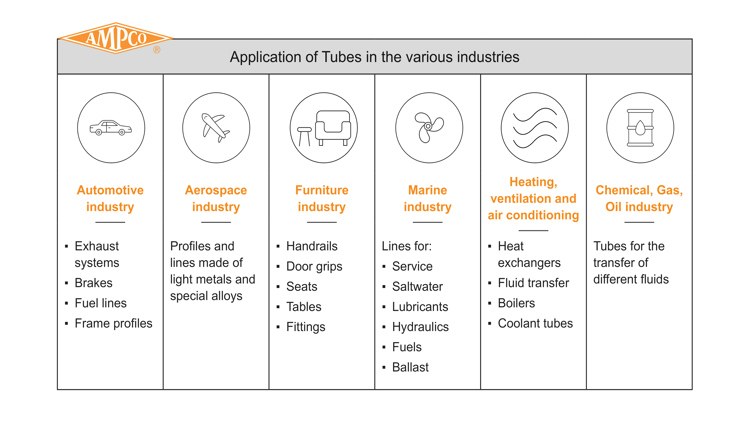 Picture: Infographic «Application of tubes in the various industries

What is tube bending?

Now that the terms have been clarified, let’s get down to business. The scientific definition of tube bending goes as follows: «The bending is the umbrella term for metal forming processes used to permanently form pipes or tubing. One has to differentiate between form-bound and freeform-bending procedures, as well as between heat supported and cold forming procedures.» Although this may sound simple, tube bending is far from being an easy process. Especially as you need to respect very tight tolerances, tube bending can be quite difficult and time-consuming.

While there is an option for freeform-bending it is not really preferable as there are no scaling capabilities and inconsistency in the bending results. Therefore, most companies use form-bound processes such as compression bending or press bending. However, the most common method is rotary draw bending. 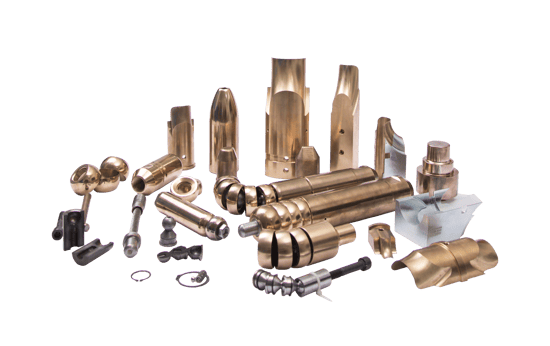 The perishable components are more interesting to talk about as the right choice of material may reduce the production cost. For example, mandrels made of nickel-free aluminum bronze prevent any galling and therefore offer an extended lifespan of the mandrel. The same can be said for wiper dies made of aluminum bronze.

For further information about tube bending, you can download now a free copy of our technical paper «Advantages of copper-based alloys in tube bending» 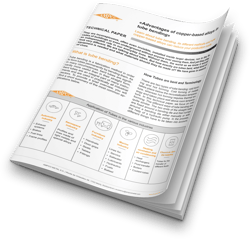